Items related to The Cult of LEGO

The Cult of LEGO 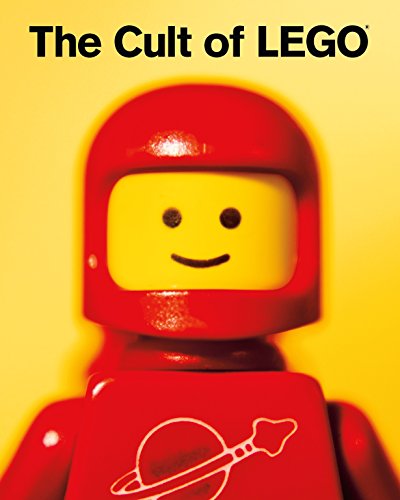 No, this isn't a book about joining some fringe cult. It's a book by LEGO® fans, for LEGO fans, and you and your kids will love it.

In The Cult of LEGO, Wired's GeekDad blogger John Baichtal and BrickJournal founder Joe Meno take you on a magnificent, illustrated tour of the LEGO community, its people, and their creations.

The Cult of LEGO introduces us to fans and builders from all walks of life. People like professional LEGO artist Nathan Sawaya; enigmatic Dutch painter Ego Leonard (who maintains that he is, in fact, a LEGO minifig); Angus MacLane, a Pixar animator who builds CubeDudes, instantly recognizable likenesses of fictional characters; Brick Testament creator Brendan Powell Smith, who uses LEGO to illustrate biblical stories; and Henry Lim, whose work includes a series of models recreating M.C. Escher lithographs and a full-scale, functioning LEGO harpsichord.

Whether you're a card-carrying LEGO fanatic or just thinking fondly about that dusty box of LEGO in storage, The Cult of LEGO will inspire you to take out your bricks and build something amazing.

Silver Medal, 2012 ForeWord Book of the Year Awards for Crafts and Hobbies

Praise for The Cult of LEGO

"I defy you to read and admire this book and not want to doodle with some bricks by the time you're done."

"This fascinating look at the world of devoted LEGO fans deserves a place on the bookshelf of anyone who's ever played with LEGO bricks."

"A crazy fun read, from cover to cover, this book deserves a special spot on the bookshelf of any self-respecting nerd."

"An excellent book and a must have for any LEGO enthusiast out there. The pictures are awesome!"

"We're all members of the Cult of LEGO—the only membership requirement is clicking two pieces of plastic together and wanting to click more. Now we have a book that justifies our obsession."

"As much a geek treat of the finest kind as it is a fascinating piece of subcultural anthropology. An essential staple for your favorite nerd's coffee table."
--The Atlantic

"If we're talking about inspiring the next generation of engineers, flipping through this book would be one way to do it."
--MSNBC.com ..".A beautiful, coffee-table tome rich with examples of LEGO's appeal and limitless versatility."
--TODAY.com About the Author:

John Baichtal is a contributor to MAKE Magazine and Wired's GeekDad blog. He has also written for legendary tabletop gaming magazines Dragon and Dungeon, as well as Kobold Quarterly and 2600: The Hacker Quarterly.

Joe Meno is the founder of BrickJournal, a print and online LEGO® fan magazine. He has organized and run LEGO fan events, acted as an advisor on LEGO projects, and helped design LEGO sets.