Items related to How to Tell the Difference Between Japanese Particles:...

Naoko Chino How to Tell the Difference Between Japanese Particles: Comparisons and Exercises

How to Tell the Difference Between Japanese Particles: Comparisons and Exercises 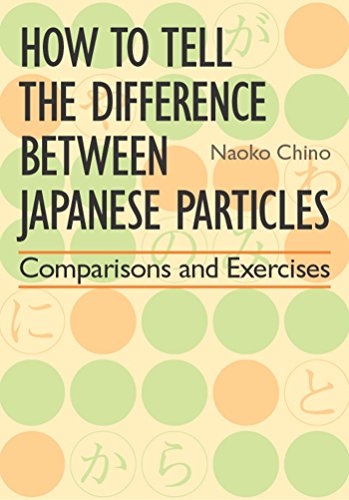 Particles are one of the most difficult aspects of the Japanese language. This is precisely why there are a good number of books on the market dealing with the subject. Most of these books take up particles as independent entities, so that after having studies them, students are, if all goes well, familiar with the functions of the individual particles. One unfortunate side to this approach is that some of the particles share the same functions (but with slight differences), and so even though students may have grasped the general nature of each particle, they are not sure about the differences between the particles that have similar functions.
Well-known language book author Naoko Chino solves this problem by grouping the particles by function, defining them, giving samples of usage, and clarifying differences. Each section is followed by dual-purpose quizzes that allow readers to test and practice their knowledge. In this way, while not replacing general reference books on particles, this book goes a step beyond them and helps students nail down the troubling differences between particles.
For students who find themselves befuddled when confronting such differences, How to Tell the Difference Between Japanese Particles should prove the perfect tool to further their understanding.
By grouping particles that are similar in function, this book helps students pin down differences in usage that would ordinarily take years to master. Definitions, sample sentences, usage notes, and quizzes enable students to move to a higher level of comprehension.

NAOKO CHINO resides in Tokyo, where she is a lecturer at Sophia University. She is the author of All About Particles, Japanese Verbs at a Glance, and A Dictionary of Basic Japanese Sentence Patterns, all published by Kodansha International.

1. Chino, N: How To Tell The Difference Between Japanese Parti