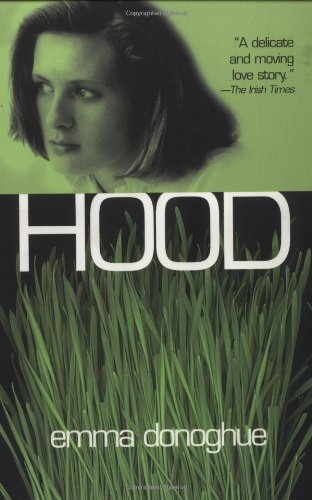 From the New York Times bestselling author of Room, Emma Donoghue, Hood is a graceful tale of a young woman who must come toterms with love and loss in the wake of her partner's sudden passing. The NewYork Times Book Review calls Hood "utterly charming," writing that,"Ms. Donoghue displays her confidence by avoiding the grandiose and the showy, and dipping into the ordinary with control and the occasional sustainingdescriptive flashes of a born writer." For readers of Jeanette Winterson's Oranges Are Not the Only Fruit and JoyceCarol Oates's The Widow's Story, Donoghue's Hood is a masterfullycrafted narrative of relationships and a daring, deft exploration of the love'simperfection--and how it can nonetheless dominate our lives as we grow andchange.

A tale of grief and lust, frustration and hilarity, death and family

Penelope O'Grady and Cara Wall are risking disaster when, like teenagers in any intolerant time and place--here, a Dublin convent school in the late 1970s--they fall in love. Yet Cara, the free spirit, and Pen, the stoic, craft a bond so strong it seems as though nothing could sever it: not the bickering, not the secrets, not even Cara's infidelities.

But thirteen years on, a car crash kills Cara and rips the lid off Pen's world. Pen is still in the closet, teaching at her old school, living under the roof of Cara's gentle father, who thinks of her as his daughter's friend. How can she survive widowhood without even daring to claim the word? Over the course of one surreal week of bereavement, she is battered by memories that range from the humiliating, to the exalted, to the erotic, to the funny. It will take Pen all her intelligence and wit to sort through her tumultuous past with Cara, and all the nerve she can muster to start remaking her life.

Emma Donoghue was born in Dublin and lived in England for many years before moving to Canada. She writes in many genres, including theatre, radio drama and literary history, but is best known for her fiction, both historical (Slammerkin, The Sealed Letter, Astray, Frog Music) and contemporary (Stir-fry, Hood, Landing, Touchy Subjects). Her seventh novel, Room, won the Rogers Writers' Trust Fiction Prize and the Commonwealth Writers' Prize (Canada and the Caribbean region) and was shortlisted for the Man Booker and Orange Prizes. It sold more than two million copies. Donoghue scripted the film adaptation, a Canadian-Irish film by Lenny Abrahamson starring Brie Larson, which was nominated for four Academy Awards, including Best Picture.