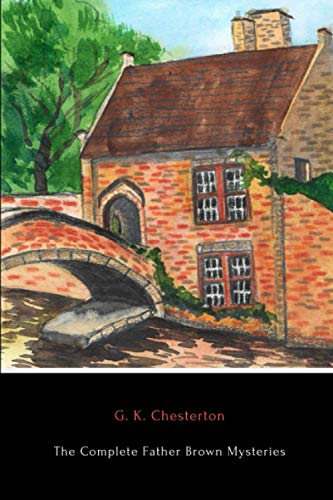 Chesterton’s priest-sleuth was loosely based on Father John O'Connor, a parish priest in Bradford, who was involved in Chesterton's conversion to Catholicism in 1922.

By bringing murder and mayhem into the genteel setting of a village parish, Chesterton pioneered the ‘cozy’ mystery genre which Agatha Christie and others would further develop in subsequent decades.

Gilbert Keith Chesterton was born in London, England, in 1874. He went on to study art at the Slade School, and literature at University College in London. Chesterton wrote a great deal of poetry, as well as works of social and literary criticism. Among his most notable books are "The Man Who Was Thursday", a metaphysical thriller, and "The Everlasting Man", a history of humankind's spiritual progress. After Chesterton converted to Catholicism in 1922, he wrote mainly on religious topics such as "Orthodoxy" and "Heretics". Chesterton is most known for creating the famous priest-detective character Father Brown, who first appeared in "The Innocence of Father Brown". Chesterton died in 1936 at the age of 62.