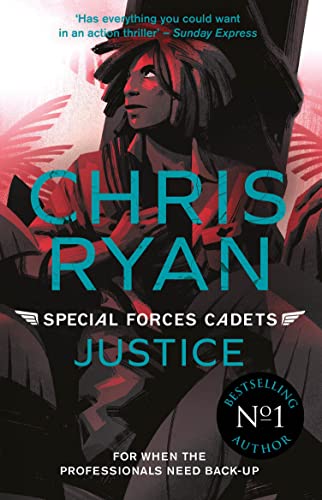 Child slavery is rife. Hundreds of young people are being forced into lives of slavery by an international trafficking ring based in the jungles of central Africa. The cadets are tasked to present themselves as bait for the traffickers. Some of them head to Africa. Some stay in the UK. They are to gather hard intel which the authorities can use to nail the perpetrators of this twisted business.

But the bad guys are one step ahead. The cadets lose contact with their handlers and are taken off grid by some of the most brutal criminals in the world. It will take all their skills to get themselves to safety - and to bring the traffickers to
justice.

From the bestselling author of STRIKE BACK, Chris Ryan returns with a new action-packed series.

Tough enough? Smart enough? Max will require all his skills just to stay alive as a Special Forces Cadet...

Chris Ryan was born in Newcastle.

In 1984 he joined 22 SAS. After completing the year-long Alpine Guides Course, he was the troop guide for B Squadron Mountain Troop. He completed three tours with the anti-terrorist team, serving as an assaulter, sniper and finally Sniper Team Commander.

Chris was part of the SAS eight-man team chosen for the famous Bravo Two Zero mission during the 1991 Gulf War. He was the only member of the unit to escape from Iraq, where three of his colleagues were killed and four captured, for which he was awarded the Military Medal. Chris wrote about his experiences in his book The One That Got Away, which became an immediate bestseller. Since then he has written over fifty books and presented a number of very successful TV programmes.

Book Description Hot Key Books, United Kingdom, 2019. Paperback. Condition: New. Language: English. Brand new Book. An SAS team has been captured by a war lord who forces children to become soldiers.The Special Forces Cadets are parachuted into the Congo rainforest to help the team escape. But the operation starts to go wrong right away. Can the SPECIAL FORCES CADETS trust each other? And the jungle is home to creatures even more deadly than desperate children with guns . . . Seller Inventory # AA99781471407840