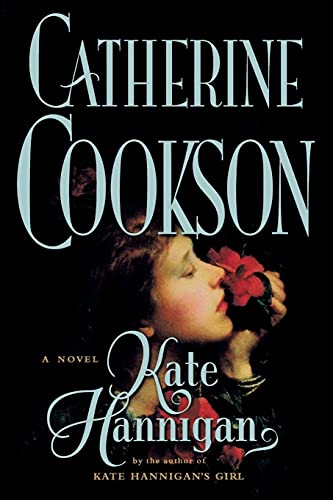 Master of romantic fiction Catherine Cookson is world renowned for her enthralling tales of love that triumphs over impossible odds. In Kate Hannigan, her very first novel, Catherine Cookson introduces us to the enduring story of her most charismat

Helen Dunmore "The Times" (London) Catherine Cookson's novels are about hardship, the intractability of life and of individuals, the struggle first to survive and next to make sense of one's survival. Humour, toughness, resolution, and generosity are Cookson virtues, in a world which she often depicts as cold and violent. Her novels are weighted and driven by her own early experiences of illegitimacy and poverty. This is what gives them power. In the specialised world of women's popular fiction, Cookson has created her own territory.

"The Philadelphia Inquirer" Whenever the desire for entertaining fiction must be quenched, a Catherine Cookson novel...should prove an excellent resource.

Catherine Cookson lived in Northumberland, England, the setting of many of her international bestsellers. Born in Tyne Dock, she was the illegitimate daughter of an impoverished woman, Kate, whom she was raised to believe was her older sister. She began to work in the civil service but eventually moved south to Hastings, where she met and married a local grammar school master.
Although she was originally acclaimed as a regional writer, in 1968 her novel The Round Tower won the Winifred Holtby Award, her readership quickly spread worldwide, and her many bestselling novels established her as one of the most popular contemporary authors. After receiving an OBE in 1985, Catherine Cookson was made a Dame of the British Empire in 1993. She died shortly before her ninety-second birthday, in June 1998, having completed 104 works.

Book Description SIMON & SCHUSTER, United States, 2011. Paperback. Condition: New. Large type / large print edition. Language: English. Brand new Book. Master of romantic fiction Catherine Cookson is world renowned for her enthralling tales of love that triumphs over impossible odds. In Kate Hannigan, her very first novel, Catherine Cookson introduces us to the enduring story of her most charismatic heroine. The moment he lays eyes on Kate, Dr. Rodney Prince is enchanted. He senses in this poverty-stricken patient an intelligence and warmth that's completely unexpected. His own wife, living in the oblivion of velvet cushions and lavish dinner parties, seems crude by comparison. Though they meet only briefly then retreat to their separate worlds, the image of Kate leaves an indelible mark upon his mind. Rodney knows that Kate's spirit has survived life-long suffering at the hands of men. Her father, an embittered dock worker, directed his violent rages toward Kate and her mother. At age eighteen Kate fell victim to a smooth-talking seducer and became the unwed mother of a child she later compromised her dignity to support. Such circumstances only deepen Rodney's desire to rescue Kate and overturn the codes of a society that serve to keep them apart. As the kindhearted Dr. Prince unintentionally wins over the heart of Kate's fatherless daughter, he and Kate begin to acknowledge that the gap between rich and poor might not be so great after all. Available now in the United States, Kate Hannigan remains a timeless tribute to romantic love. England's late, great Catherine Cookson has spun the unforgettable tale of a wealthy man caught in a loveless marriage, a young woman trapped in the slums, and their defiance of the mores of Edwardian society. Seller Inventory # AAV9781451660135