Items related to Uxbridge Through Time 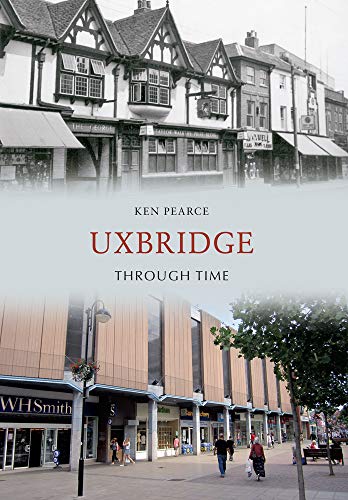 For centuries Uxbridge, whose origins lie in Saxon times, was a market town serving much of West Middlesex and South Buckinghamshire. At one time there were thirteen water mills in the area where corn was processed. Situated on the London - Oxford road, it was an important town in the stagecoach era. This collection of images old and new charts the history of the area, and reveals many hidden aspects of this urban sprawl. In the early twentieth century London sprawled out westward, and the town became an outer London suburb. In recent times, because of its closeness to Heathrow Airport and three motorways, it has become an office centre. These pages reveal how the town has been largely rebuilt in the last eighty years. Join Ken Pearce on this nostalgic visual journey back through time.

Ken Pearce is a well-known author. He has lived in Uxbridge since the 1930s and taught for 32 years at Bishopshalt School. Since 1970 he has been chairman of the Uxbridge Local History and Archives Society.

Book Description Amberley Publishing. Paperback / softback. Condition: New. New copy - Usually dispatched within 4 working days. This fascinating selection of photographs traces some of the many ways in which Uxbridge has changed and developed over the last century. Seller Inventory # B9781445605227