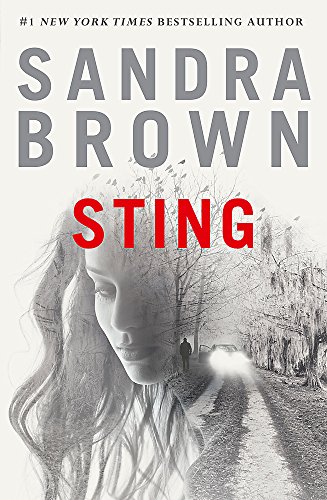 When Jordie Bennet and Shaw Kinnard lock eyes across a disreputable backwater bar, something definitely sparks. Shaw gives off a dangerous vibe that makes men wary and inspires women to sit up and take notice. None feel that undercurrent more strongly than savvy businesswoman Jordie, who doesn't belong in a seedy dive on the banks of a bayou. But here she is . . . and Shaw Kinnard is here to kill her.

As Shaw and his partner take aim, Jordie is certain her time has come. But Shaw has other plans and abducts Jordie, hoping to get his hands on the $30 million her brother has stolen and, presumably, hidden. However, Shaw is not the only one looking for the fortune. Her brother's ruthless boss and the FBI are after it as well. Now on the run from the feds and a notorious criminal, Jordie and Shaw must rely on their wits - and each other - to stay alive.

Miles away from civilization and surrounded by swampland, the two play each other against their common enemies. Jordie's only chance of survival is to outwit Shaw, but it soon becomes clear to Shaw that Jordie isn't entirely trustworthy, either. Was she in on her brother's scam, or is she an innocent pawn in a deadly vendetta? And just how valuable is her life to Shaw, her remorseless and manipulative captor? Burning for answers-and for each other-this unlikely pair ultimately make a desperate move that could be their last.

With nonstop plot twists and the tantalizing sexual tension that has made Sandra Brown one of the world's best-loved authors, STING will keep readers on the edge of their seats until the final pages.

'Suspense that has teeth'
Stephen King

Brown continues her transformation from the queen of romantic suspense to the queen of thriller form- eriod... Gritty, crime noir at its absolute best. Superb in all respects (Providence Sunday Journal)

Brown is an excellent and almost effortless writer...The chemistry is undeniable (Kirkus Reviews)

[A] page-turner...This is a story of corruption, treachery and unending deception that will keep you intrigued until the very last page. (The Westerly Sun)

A web of intrigue and sexual tension... Sting is a thriller. It's a romance. It's a mystery. It's a family drama. It's all those things wrapped up in a book you will be glued to until the end (B&N Reads)

Sandra Brown knows how to create unbearable tension, and Sting has it in spades . . . complex and riveting . . . well crafted, fast-paced, with just enough romance to satisfy the most discriminate reader (Fresh Fiction)

From #1 New York Times bestselling author Sandra Brown comes a thrilling story of a woman targeted by a professional killer... but nothing is what it seems.

Book Description Condition: Good. Ships from the UK. Former Library book. Shows some signs of wear, and may have some markings on the inside. Seller Inventory # GRP97303063

Book Description imusti, 2016. Paperback. Condition: VERY GOOD. Pages are intact and are not marred by notes or highlighting, but may contain a neat previous owner name. The spine remains undamaged. Seller Inventory # 1444791524_abe_vg

Book Description Paperback. Condition: Very Good. The book has been read, but is in excellent condition. Pages are intact and not marred by notes or highlighting. The spine remains undamaged. Seller Inventory # GOR007677936

Book Description Paperback. Condition: Fair. A readable copy of the book which may include some defects such as highlighting and notes. Cover and pages may be creased and show discolouration. Seller Inventory # GOR009721304

Book Description Hodder and Stoughton, 2016. Paperback. Condition: Used; Acceptable. Ex-library **Simply Brit** Shipped with Premium postal service within 24 hours from the UK with impressive delivery time. We have dispatched from our book depository; items of good condition to over ten million satisfied customers worldwide. We are committed to providing you with reliable and efficient service at all times. Seller Inventory # 2980004

Book Description Condition: good. May show signs of wear, highlighting, writing, and previous use. This item may be a former library book with typical markings. No guarantee on products that contain supplements Your satisfaction is 100% guaranteed. Twenty-five year bookseller with shipments to over fifty million happy customers. Seller Inventory # 26089228-5