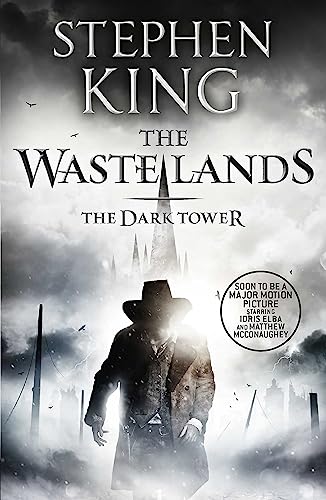 In the third novel in Stephen King's epic fantasy masterpiece, Roland, the Last Gunslinger, is moving ever closer to the Dark Tower.

Roland has altered ka by saving the life of Jake Chambers in New York. Now they exist in different worlds, paradoxically sharing memories. Roland, Susannah and Eddie must try to draw Jake into Mid-World then follow the Path of the Beam through an urban waste land to the Dark Tower.

Pursued by the Ageless Stranger, Roland and his friends cross a desert of damnation in this macabre new world as revelations begin to unfold about who - and what - is driving him forward.

JOIN THE QUEST FOR THE DARK TOWER...

King's magnificent uberstory is finally complete... King's achievement is startling; his characters fresh... his plot sharply drawn... It is magic. (Daily Express on The Dark Tower)