Items related to Reproduction, Race, and Gender in Philosophy and the... 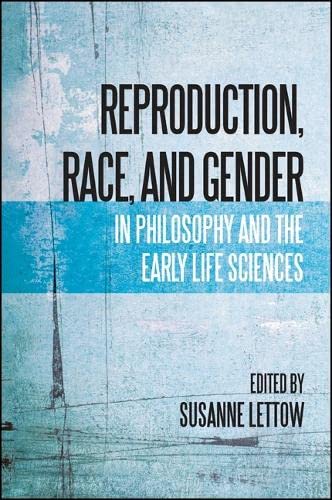 Investigates the impact of theories of reproduction and heredity on the emerging concepts of race and gender at the end of the eighteenth and the beginning of the nineteenth centuries.

Focusing on the late eighteenth and early nineteenth centuries, this volume highlights the scientific and philosophical inquiry into heredity and reproduction and the consequences of these developing ideas on understandings of race and gender. Neither the life sciences nor philosophy had fixed disciplinary boundaries at this point in history. Kant, Hegel, and Schelling weighed in on these questions alongside scientists such as Caspar Friedrich Wolff, Johann Friedrich Blumenbach, and Karl Ernst von Baer. The essays in this volume chart the development of modern gender polarizations and a naturalized, scientific understanding of gender and race that absorbed and legitimized cultural assumptions about difference and hierarchy.

"The editor declares that the co-emergence of concepts of race and gender in the period here examined was not just a question of simultaneity, noting that rarely have they been examined in relation to each other. This prompts us to expect that the contributions will focus on this interrelation. But not all of the contributions address this concern, remaining content to develop interesting new aspects of one or the other of these concepts in isolation from the other. For all that, we are indebted to the contributors for taking up the difficult challenge the subject presents." -- Isis

"This collection contributes to an increasingly important issue in philosophy and the history of ideas, examining the emergence of the interrelated discourses of reproduction, 'race' and gender." -- Radical Philosophy About the Author:

Susanne Lettow teaches philosophy at the University of Paderborn, Germany.

1. Reproduction, Race, and Gender in Philosophy and the Early Life Sciences -

3. Reproduction, Race, and Gender in Philosophy and the Early Life Sciences