Items related to Return to the Lost World

Return to the Lost World 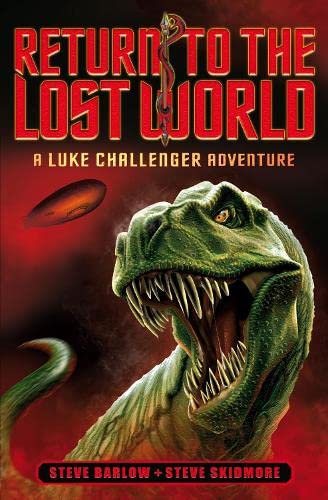 Someone is trying to kill Luke Challenger. Being garrotted with cable car wires is not the way he wants to end his life! Luke and his friend Nick flee the would-be assassins into the deepest Brazilian jungle where they enter a lost world of real-life dinosaurs. Then a mysterious cult comes after Luke. Why are the sinister Sons of Destiny hell-bent on destroying him?

Steve Barlow lives in Somerset with his wife Cathy, daughter Amy and son Robbie. When he's not writing, he enjoys sailing. Steve Skidmore lives in Leicester and trained as a teacher of Drama, English and Film Studies before becoming a full-time author. He is a great rugby fan (he supports the Leicester Tigers). The Two Steves began collaborating in 1987 after meeting while working at Fairham Comprehensive School in Nottingham, and have produced a large body of work, which they are actively involved in making available as Apps. Author locations: Somerset and Leicester

2. Return to the Lost World

3. Return to the Lost World