Items related to Out of it

Selma Dabbagh Out of it 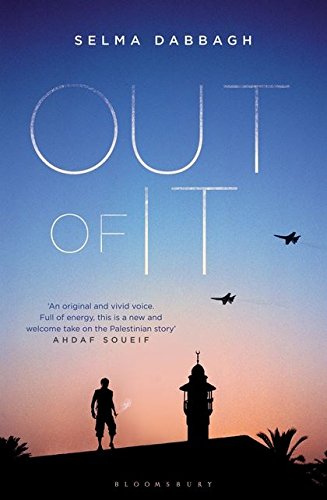 Gaza is being bombed. Rashid - a bright, unemployed twenty-seven-year-old, who has stayed up smoking grass watching it happen - wakes the next day to hear that he's got the escape route he's been waiting for: a scholarship to London. His twin sister, Iman - frustrated by atrocities and inaction around her - has also been up all night in a meeting that offers her nothing but more disappointment. Grabbing recklessly at an opportunity to make a difference, she finds herself being followed by an unknown fighter. Meanwhile Sabri, the oldest brother of this disparate Palestinian family works on a history of Palestine from his wheelchair as their mother pickles vegetables and feuds with their neighbours. Written with extraordinary humanity and humour, and moving between Gaza, London and the Gulf, Out of It is a tale that redefines Palestine and its people. It follows the lives of Rashid and Iman as they try to forge places for themselves in the midst of occupation, religious fundamentalism and the divisions between Palestinian factions. It tells of family secrets, unlikely love stories and unburied tragedies as it captures the frustrations and energies of the modern Arab World.

'This brave, important new writer draws us right into the beating heart of contemporary Arab life in all its vigour and complexity.' --Maggie Gee

'An original and vivid voice. Full of energy, this is a new and welcome take on the Palestinian story.' --Ahdaf Soueif

'It's a wise, wary but also humorous meditation on factionalism within families.' --BMI Voyager Magazine

Moving from Palestine to London to the Gulf, this unique novel brilliantly depicts modern-day family life in Gaza