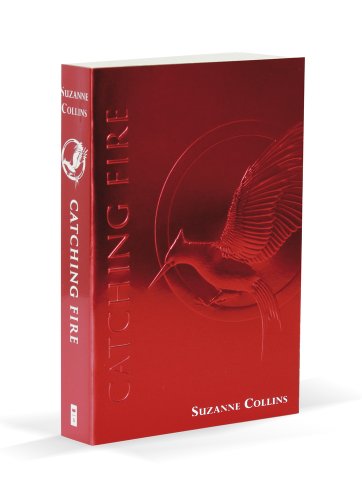 The second book in the ground-breaking HUNGER GAMES trilogy. After winning the brutal Hunger Games, Katniss and Peeta return to their district, hoping for a peaceful future. But their victory has caused rebellion to break out ... and the Capitol has decided tat someone must pay. As Katniss and Peeta are forced to visit the districts on the Capitol's Victory Tour, the stakes are higherhan ever. Unless they can convince the world that they are still lost in their love for each other, the consequences will be horrifying.

"Collins has done that rare thing. She has written a sequel that improves upon the first book." --"The New York Times" Book Review

Suzanne Collins is the author of the New York Times bestselling Underland Chronicles series, which has more than one million books in print and is available in seven foreign editions. In the award-winning The Hunger Games and Catching Fire, Collins continues to explore the effects of war and violence on those coming of age. The much-anticipated finale to The Hunger Games trilogy, Mockingjay, will be published on August 24th, 2010. Also a successful writer for children's television, Collins lives with her family in Connecticut. Visit her at www.suzannecollinsbooks.com

Book Description Paperback. Condition: Used; Very Good. Dispatched, from the UK, within 48 hours of ordering. Though second-hand, the book is still in very good shape. Minimal signs of usage may include very minor creasing on the cover or on the spine. Aged book. Tanned pages and age spots, however, this will not interfere with reading. Seller Inventory # CHL6737144

Book Description Paperback. Condition: Used; Good. Dispatched, from the UK, within 48 hours of ordering. This book is in good condition but will show signs of previous ownership. Please expect some creasing to the spine and/or minor damage to the cover. Seller Inventory # CHL1800097

Book Description Paperback. Condition: Very Good. The book has been read, but is in excellent condition. Pages are intact and not marred by notes or highlighting. The spine remains undamaged. Seller Inventory # CIN000863051

Book Description Paperback. Condition: Fair. A readable copy of the book which may include some defects such as highlighting and notes. Cover and pages may be creased and show discolouration. Seller Inventory # GOR006462914

Book Description Condition: Very Good. Foil Luxe ed. Ships from the UK. Used book that is in excellent condition. May show signs of wear or have minor defects. Seller Inventory # 18106392-20

Book Description Paperback. Condition: Good. All orders are dispatched the following working day from our UK warehouse. Established in 2004, we have over 500,000 books in stock. No quibble refund if not completely satisfied. Seller Inventory # mon0002113203