Items related to Alice in Love and War

Alice in Love and War 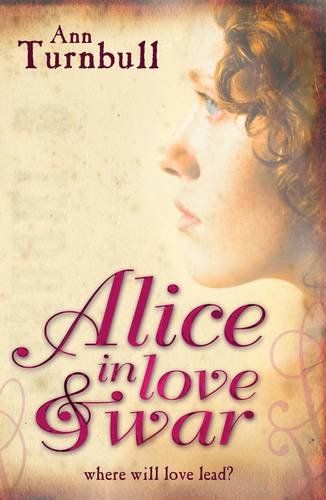 1644 - Alice Newcombe, trapped and unhappy on her uncle's farm, finds her life transformed when royalist soldiers are billeted there during the Civil War. Suddenly her days are filled with excitement - and love for one young soldier, Robin. When the regiment moves on, Alice persuades Robin to take her with him, and she joins the other army women on the baggage train. The road ahead is long and hard - will there be happiness at its end?

Ann Turnbull has written numerous picture books and stories for children but is best known for her novels, which include House of Ghosts (9781406309638), No Shame, No Fear (9780744590906), which was shortlisted for the Whitbread Children's Book Award as well as the Guardian Fiction Prize, its sequel, Forged in the Fire (9781844289356), and Pigeon Summer (9781844281398), which was shortlisted for the Smarties Book Prize and the WH Smith Mind-Boggling Books Award. Ann lives in Shropshire with her family.

Alice in Love and War