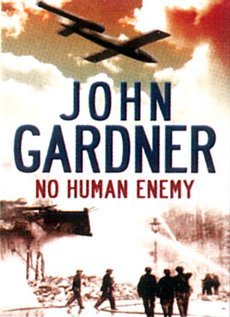 'Exactly a week after the D-Day landings came the secret weapons: the V-weapons, the vengeance weapons, which could not, at first sight, be stopped. It was the beginning of a period which to the war-weary inhabitants of southern England was psychologically much worse than the days of the Blitz. 'With Allied forces gaining a foothold after the Normandy landings, Hitler unleashes his most vicious weapon of war yet. Indiscriminately, the V-1 flying bomb wreaks unexpected death and destruction on England. When one of these new weapons lands on a Camberwell convent, the Reserve Squad is called in. Together with her boss and secret lover Tommy Livermore, Suzie Mountford is steadily drawn into a complex investigation as the casualties of the rocket attack are not quite what they first appear.In his fifth book of this acclaimed series, John Gardner puts Suzie at the heart of a story spanning feuding families, the terror of Hitler's new warfare and a final Nazi plot to end the war in their favour. (Large Print Edition)

Buy Used
Daily dispatch from the UK. Learn more about this copy