Items related to Best Of The Spirit TP

Eisner, Will Best Of The Spirit TP

Best Of The Spirit TP 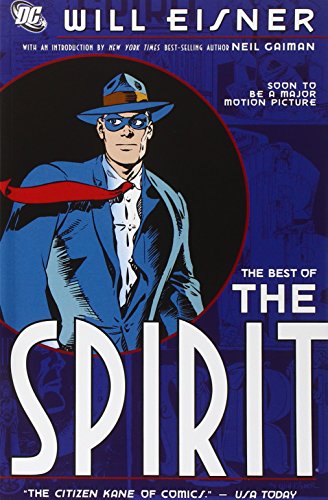 Written by Will Eisner Art and cover by Eisner DC Comics is proud to present its first-ever collection celebrating the greatest stories by comics mastermind Will Eisner starring one of the most indelible characters ever created: The Spirit! THE BEST OF THE SPIRIT reprints 22 Spirit sections from 1940-1950, featuring famous first appearances, classic confrontations, human interest tales, and all those magnificent splash pages! Eisner's blue-suit-clad, fedora-wearing crimefighter starred in hundreds of newspaper adventure stories that thrilled readers with Eisner's groundbreaking style. Eisner was a master of utilizing the comics format to its greatest strengths, and his Spirit stories are some of his finest examples! This volume also features an introduction by New York Times best-selling novelist Neil Gaiman (THE SANDMAN).

Will Eisner is one of the most important creators to have worked in the comics medium. Not only did he innovate the entire newspaper strip format with The Spirit, but in A Contract With God, a book-length comic detailing life in a Jewish tenement, he is also credited with publishing the first "graphic novel" (indeed, Eisner himself coined the term). Brilliantly creative until his death in 2005, Eisner's shadow still looms large over the modern comics industry, and may it ever remain so!

1. The Best of the Spirit

2. The Best of the Spirit

3. The Best of the Spirit

4. The Best of the Spirit

5. The Best of the Spirit

6. The Best of the Spirit

7. The Best of the Spirit

9. THE BEST OF THE SPIRIT