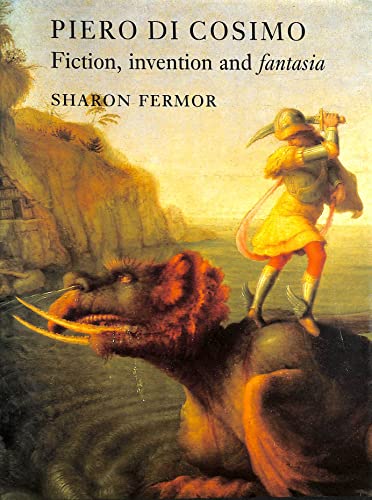 Piero di Cosimo (1461-1521) is one of the most intriguing figures of the Florentine Renaissance, an artist whose oeuvre includes works so enigmatic that scholars have traditionally fallen back on Vasari's account of Piero's own eccentricities to explain both their style and their content. In this book - the first study of Piero written in English for over forty years - Sharon Fermor takes issue with the received view of Piero's art. By identifying the strategies that Vasari employed in his biography, and by exposing the misconceptions it created among subsequent writers she redefines the nature of Piero's art, and his place within the culture of his time. Emphasizing the specific nature of his commissions, which were mostly private religious and secular works designed for domestic settings, she demonstrates that even Piero's most unusual paintings, such as the scenes from the life of primitive man, are coherent and meaningful compositions, not the products of an isolated eccentric at odds with the artistic community of his time. In Piero di Cosimo: Fiction, invention and fantasia, Sharon Fermor examines in, detail Piero's devotional and secular works, and his response to the natural world as revealed in his use of landscape. She offers new solutions to aspects of function and iconography that have hitherto puzzled commentators, and examines the approach to pictorial composition and to gesture that make his works distinctive. Piero's ability to visualize unusual subjects in a vivid and convincing way, and his talent for producing pleasing and original landscapes were particularly valued, and his works were sought after by some of the leading patrons of his day.