Items related to Irish Shrines and Reliquaries of the Middle Ages (Irish...

Irish Shrines and Reliquaries of the Middle Ages (Irish treasures) 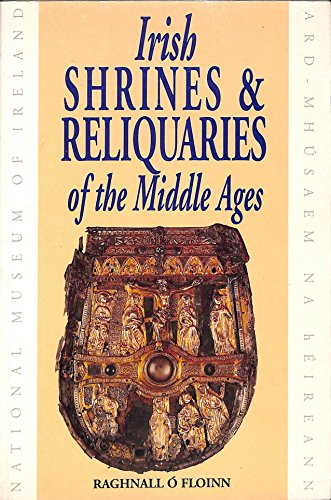 In today's world it is difficult to imagine the power that relics, shrines and sacred images exerted over the medieval mind. The use of relics in Ireland dates to the introduction of Christianity, the earliest recorded being those of the early martyrs and saints. Some relics consisted of parts of the remains of certain 'holy' individuals, while others were objects used by or associated with these people during their lifetime. They were usually kept in specially made reliquaries or shrines, most of which could be carried about. Apart from their symbolic or devotional function, relics were used to effect miraculous cures, to swear oaths, as battle talismans, or were carried on circuit by clerics to promulgate the laws of a particular religious foundation. In this book Raghnall O'Floinn examines the remarkable collection of reliquaries and shrines in the National Museum of Ireland, many of which have survived centuries of destruction and damage, warfare and neglect. He traces the history of relics in Ireland, the traditions associated with them and their social and historical importance.