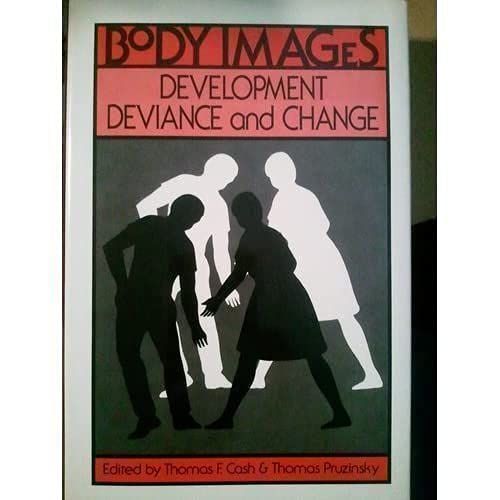 How does an individual form a body image? Where do the internal representations of one's body image intersect with the external bodily reality? How does a person adjust the image to reflect the changes wrought by aging, disease, deformity, or injury? What is the role of body images in the development of eating disorders and other psychological disorders? What psychotherapeutic and medical procedures facilitate positive body-image changes?
In the last two decades, questions such as these have spurred significant progress in the construction of a psychology of physical appearance, transcending disciplinary boundaries to incorporate elements from both the behavioral and biomedical sciences. Because the body-image construct is multidimensional and entails a rich diversity--body image is, more accurately, body-images--the most productive thinking on the topic requires an integration of both objective and subjective foci. Bringing the literature up to date, BODY IMAGES: DEVELOPMENT, DEVIANCE, AND CHANGE reviews and elucidates various concepts of body image, body-image development, psychosocially dysfunctional deviations from normal appearance, and methods of facilitating body image change.
The book's sixteen chapters are divided into six parts; each chapter has been written by a carefully chosen expert on the topic. The first part provides a historic overview of psychological concepts about the body, and introduces the procedures and problems of assessing body image. Part 2 covers the development of body images, exploring the contrast between "inside" and "outside" images, the sociocultural determinants of body image, and the role of body image in the psychosocial development across the life span. Part 3 explores the divergence and dysfunction of body images: Chapters 6 and 7 offer sensitive observations on the psychosocial impact of deviations from normal appearance such as congenital deformities, disfiguring injuries, and physical disabilities. Chapters 8 and 9 focus on individual of objectively "normal" appearance who suffer body-experience psychopathologies, for example, hypochondria, somatic delusions, eating disorders, and gender identity disorders.
Parts 4 and 5 concern the professional interventions that can alter negative or dysfunctional body images. Chapters 13 through 15 discuss the nature of the psychosocial change brought about through physical or psychological interventions, the integration of the changes into the sense of self, and the maintenance of the changes. The book concludes with a chapter by the editors, concisely summarizing the principal themes interwoven through the book.
BODY IMAGES: DEVELOPMENT, DEVIANCE, AND CHANGE had its genesis in the authors' first meeting. Though both are scientists and clinical practitioners, Cash works primarily as a researcher in an academic department of psychology and Pruzinsky works largely as a clinician in a medical school department of plastic surgery. They each felt a need to understand and incorporate the perspectives and experiences of each others work. This volume will be of enormous value to others with the same need: those studying and researching still unresolved and unexplored issues of body image, those who need an understanding of the issues of body image for their psychotherapeutic or medical practices. This book will be invaluable to all those whose work involves issues of human appearance.