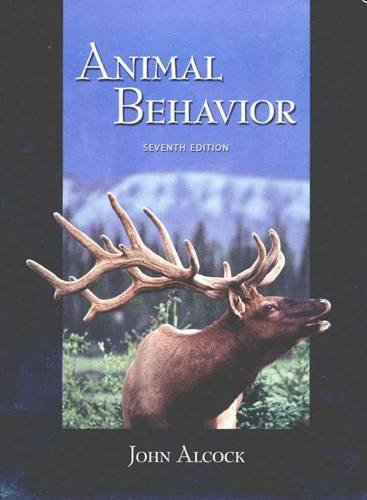 It is distinguished by its balanced treatment of both the underlying mechanisms and evolutionary causes of behaviour, and stresses the utility of evolutionary theory in unifying the different behavioural disciplines. Important concepts are explained by reference to key illustrative studies, which are described in sufficient detail to help students appreciate the role of the scientific process in producing research discoveries. Examples are drawn evenly from studies of invertebrates and vertebrates, and are supported by nearly 1300 reference citations. The writing style is clear: beginning students should have no difficulty following the material, despite the strong conceptual orientation of the text.

'...top-notch and well developed introduction to the field of animal behaviour. Alcock's is a very engaging book.' - Animal Behaviour

'In summary, this is one of the most comprehensive textbooks on the study of behavior. Its readability is exemplary. Concepts and discoveries are presented from an evolutionary perspective and through the logic of hypothesis-testing. Students learn not only about animal behavior, but they are shown how scientists pursue knowledge.' - Quarterly Review of Biology

Development of Behavior: Role of Genes

Development of Behavior: Role of the Environment

Evolution of Communication: Adaptation in Signalers and Receivers

Choosing Adaptively Where to Live