Items related to Moonchild: A Prologue 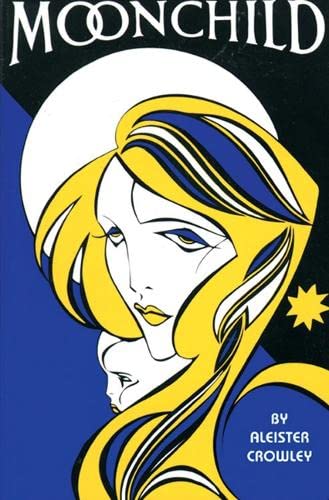 Aleister Crowley, a prolific writer, wrote only a few novels in his lifetime. Moonchild is his most famous. First published in 1917, Moonchild appeals to the new generation of readers who recognize Crowley as one of the most unique thinkers of his era. The book deals with the endless battle between the Forces of Light and the Forces of Darkness. A young girl is drawn into a magickal war between two men and is forced to choose between them. As the story unfolds, the reader is taken through an incredible series of magickal intrigues involving a Black Lodge.

Aleister Crowley (1875-1947) was the most widely read author in 20th-century occultism. He single-handedly redefined magic as a field of inquiry and endeavor through his books and the order that he led--the A.A. and the O.T.O. He is the author several books including The Book of the Law, 777 & Other Qabalistic Writings, and The Book of Thoth.

Book Description RED WHEEL/WEISER, United States, 1994. Paperback. Condition: New. Language: English. Brand new Book. Crowley's most famous novel. A young girl is drawn into a magical war between two men and is forced to choose between them. The reader is taken through an incredible series of magical intrigues involving a Black Lodge. Written from personal experience, this work describes the methods and theories of modern magical practices. First published in 1917. Seller Inventory # AAC9780877281474