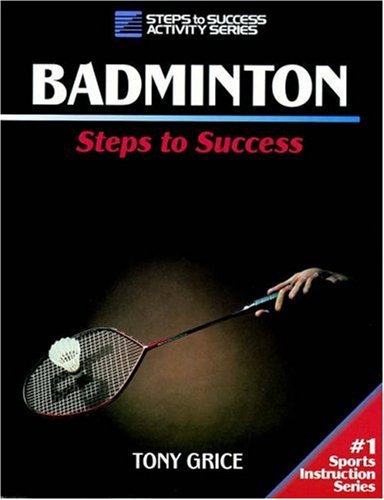 Provides expert instruction and 83 drills for learning and mastering the basic skills.

Tony Grice, who has been playing and coaching badminton nationally and internationally since 1975, has been ranked as 11th nationwide in men’s doubles and 15th in men’s singles. He has taught and coached the sport at both the high school and college levels.

Tony has been a board member and national team exercise physiologist for the U.S. Badminton Association (USBA). He traveled with the U.S. National Badminton Team to the 1987 World Championships in Beijing as team trainer. Two years later he was manager for the South Team at the 1989 Olympic Sports Festival in Oklahoma City, and he was official umpire at the 1993 Olympic Festival in San Antonio. He holds USBA certification as a Level III national coach and regional umpire.

Tony has taught badminton at Northwestern State University in Louisiana, the University of Texas at Austin, and Texas A&M University, where he served as coordinator of racquet sports. He has also conducted numerous badminton instructional clinics in the United States, Guatemala, and Mexico.

In addition to working with the 1996 Olympic Badminton Team, Tony continues to teach a badminton class each semester at Hardin-Simmons University in Abilene, Texas, where he is a professor in the Physical Education Department and director of the Aerobic-Human Performance Laboratory.