Items related to When Love Comes to Town

When Love Comes to Town 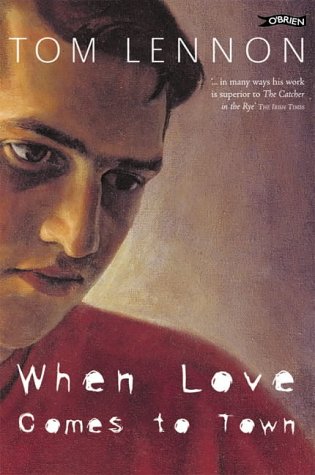 A new edition of this acclaimed novel

Meet Neil Byrne - try-scorer on the rugby field, prizewinning student, one of the in-crowd at the disco, regular guy, gay. Presenting one face to the world and burying his true feelings in fantasy, Neil manages to keep his secret. But when fantasy isn't enough and he becomes caught up in the bizarre subculture of Dublin's gay nightlife, the pretence must end. It is the time for truth. The consequences are both hilarious and painful. Told with honesty, humour and originality, WHEN LOVE COMES TO TOWN brings a new type of hero to modern Irish fiction.

Deals honestly with the emotional crisis faced by a gay teenager in present day Dublin, describing the hostility and support he encounters, and the unique and often hysterical ways he copes with his predicament.

1. When Love Comes to Town