Items related to The Age Of Innocence (Virago Modern Classics) 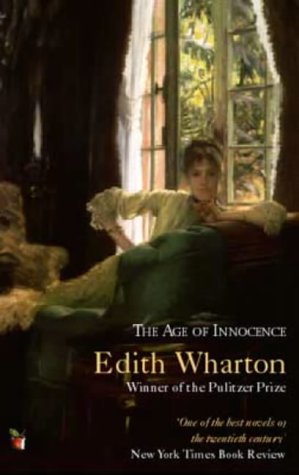 Set in turn-of-the-century New York, Edith Wharton's classic novel The Age of Innocence reveals a society governed by the dictates of taste and form, manners and morals, and intricate social ceremonies. Newland Archer, soon to marry the lovely May Welland, is a man torn between his respect for tradition and family and his attraction to May's strongly independent cousin, the Countess Ellen Olenska. Plagued by the desire to live in a world where two people can love each other free from condemnation and judgment by the group, Newland views the artful delicacy of the world he lives in as a comforting security one moment, and at another, as an oppressive fiction masking true human nature. The Age of Innocence is at once a richly drawn portrait of the elegant lifestyles, luxurious brownstones, and fascinating culture of bygone New York society and a compelling look at the conflict between human passions and the social tribe that tries to control them.

A rich and powerful description of a vanished world (Penelope Lively)

There is no woman in American literature as fascinating as the doomed Madame Olenska ... Traditionally, Henry James has always been placed slightly higher up the slope of Parnassus than Edith Wharton. But now that the prejudice against the female writer is on the wane, they look to be exactly what they are: giants, equals, the tutelary and benign gods of our American literature (Gore Vidal)

A Norton Critical Edition. The editor, Candace Waid is an Associate Professor of English at the University of California, Santa Barbara.

THE AGE OF INNOCENCE (VIRAGO MOD