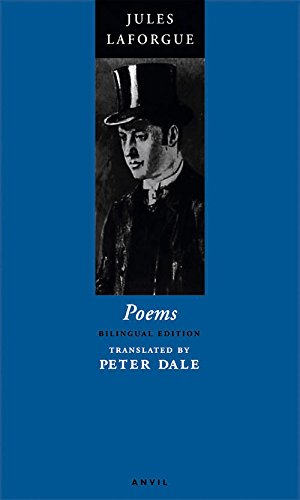 'He is an exquisite poet, a deliverer of nations...a father of light', said Ezra Pound in 1918 of Jules Laforgue. Among the most innovative of poets in the French language, Laforgue was an important influence on the young T S Eliot. Part-symbolist and part-impressionist, his associative method, speech-rhythms and boldly heterogeneous diction make him not only one of the most individual of French poets but also among the most entertaining. Notable also for his early protests for the liberation of women, Laforgue died in Paris in 1887 aged just 27. In this revised edition of his verse translation, Peter Dale (described by Donald Davie as an 'exceptionally thoughtful and enterprising translator') captures the energy and panache of Laforgue's poetry in translations which are by turns as playful, wild, clear, obscure and impossible as the French poems.

Peter Dale was born in Addleston, Surrey, and worked as a secondary school teacher before becoming a freelance writer in 1993. He was co-editor of the poetry journal 'Agenda' for many years. Well known for his translations of Dante's 'Divine Comedy' and the poems of Francois Villon, he is also an accomplished poet in his own right. His selected poems, 'Edge to Edge', was published in 1997.

Book Description Condition: Good. A+ Customer service! Satisfaction Guaranteed! Book is in Used-Good condition. Pages and cover are clean and intact. Used items may not include supplementary materials such as CDs or access codes. May show signs of minor shelf wear and contain limited notes and highlighting. Seller Inventory # 0856463221-2-4

Book Description Condition: Fair. Independent family-run bookstore for over 50 years! Buy with confidence! Book is in acceptable condition with wear to the pages, binding, and some marks within. Seller Inventory # bk0856463221xvz189zvxacp