Items related to A Deeper Silence: Hidden Origins of the United Irishmen

A Deeper Silence: Hidden Origins of the United Irishmen 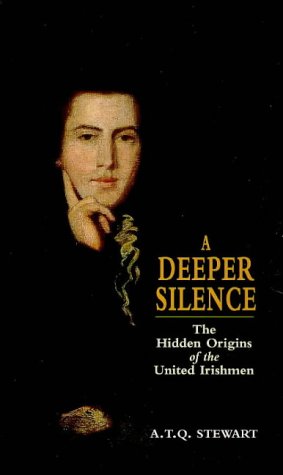 Traces the roots of United Irish ideology to sources very different from those popularly associated with Irish nationalism: the Protestant republicanism of Oliver Cromwell and Algernon Sidney, as transmitted into the 18th century by the "real Whigs" and Commonwealthmen who were the intellectual heirs of the English Civil War. The author also reveals that most of the leading Volunteer figures were Freemasons and that freemasonry played an important role in radical politics and the evolution of the United Irish movement.

1. A Deeper Silence: The Hidden Origins of the United Irishmen

Book Description Blackstaff Pr, 1999. Condition: Good. A+ Customer service! Satisfaction Guaranteed! Book is in Used-Good condition. Pages and cover are clean and intact. Used items may not include supplementary materials such as CDs or access codes. May show signs of minor shelf wear and contain limited notes and highlighting. Seller Inventory # 0856406422-2-4