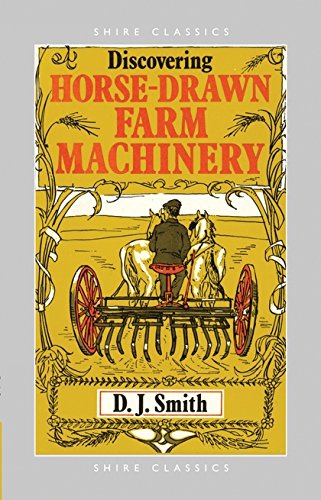 Until the reign of Queen Anne oxen were widely used for ploughing, and most other jobs on the farm, such as harvesting, were done manually by farm labourers. But at the beginning of the eighteenth century the Agricultural Revolution began. Oxen were displaced by horses for ploughing and the famous heavy breeds of Shires, Clydesdales and Suffolks developed. Horses were more versatile than oxen and came to be used for many tasks other than ploughing. Following the Industrial Revolution the ingenuity of Victorian manufacturers produced an enormous range of horse-drawn agricultural machinery - not just ploughs, but grubbers, cultivators, harrows, rollers, drills, reapers, binders, root lifters, manure spreaders, rakes and many other types - which continued in use until the tractor replaced the horse from the 1930s. In this book the author describes these machines and includes drawings of many of them, as well as photographs.

D.J. Smith was born in Birmingham and educated at University College, Cardiff. He took a lifelong interest in transport and the English countryside and is probably best known for his classic series of studies for Shire, which all featured his own characteristic drawings.