Items related to The Earliest Ships: The Evolution of Boats into Ships...

Robert Gardiner The Earliest Ships: The Evolution of Boats into Ships (Anatomy of the Ship)

The Earliest Ships: The Evolution of Boats into Ships (Anatomy of the Ship) 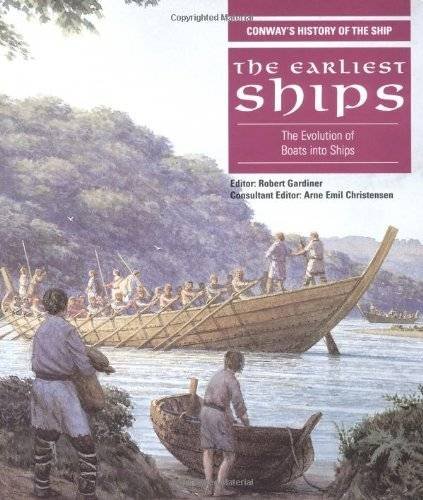 Researching back into prehistory and into the earliest evidence provided by archaeology, this volume explores the varied lines of development from the most primitive watercraft to the first real seagoing ships, from Northern Europe, through the Mediterranean to the Near and Far Easts. It traces the most primitive forms of boats - rafts, skin boats and dugouts, for example - which developed ultimately into ships for trade, commerce and war. As well as chapters on the craft themselves there are sections on related topics, including early pilotage and seamanship, and an evaluation of what modern reconstructions can tell us about the performance of ancient ship types. ""The Earliest Ships"" not only summarises existing information but has been produced by many of those whose pioneering work was responsible for the revolution in understanding in the first place.

Seven of the world's leading experts on early shipping technology, maritime archaeology and culture contribute chapters. Consultant editor Arne Emil Christensen is Curator of the Archaeological Museum of the University of Oslo and is a major authority on the Viking period.

1. The Earliest Ships. The Evolution of Boats into Ships

2. The Earliest Ships: The Evolution Of Boats Into Ships (Conway's History of the Ship)