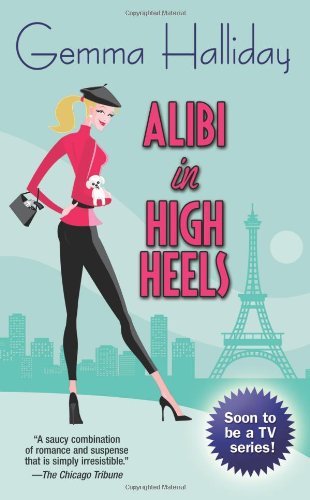 While in Paris for Fashion Week, shoe designer, fashionista, and occasional sleuth Maddie Springer is framed for murder when a top model is found stabbed to death with one of her stilettos, forcing her into the arms of a handsome detective who doesn't know whether to kiss her or arrest her. Original.

Gemma Halliday is the author of the High Heels Mysteries, the Hollywood Headlines Mysteries, and the Deadly Cool series of young adult books. Gemma's books have received numerous awards, including a Golden Heart, a National Reader's Choice award and three RITA nominations. She currently lives in the San Francisco Bay Area where she is hard at work on several new projects. To learn more about Gemma, visit her online at www.GemmaHalliday.com

When someone frames shoe designer Maddie Springer for the death of a model while she is in Paris for Fashion Week, the amateur sleuth enlists the help of sexy cop Jack Ramirez to discover who the true murderer is.