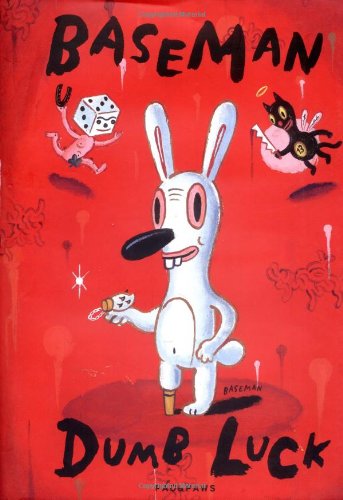 Mucking up the pages of The New Yorker, The New York Times, Rolling Stone, Forbes, Blab, and more, Gary Baseman has populated the finest publications with his particular brand of illustration. With Dumb Luck, Chronicle proudly presents the first complete collection of ten years of work that Baseman himself describes as "that muddy spot where the line between genius and stupidity has been smudged beyond recognition." His world is populated not only with freaky folks, but also with maimed bunnies, weird wiener dogs, and anthropomorphic ice-cream cones that yeam and burn just like we do. Dark and dopey, hockey and heartbreaking, Baseman's genius lies in capturing those ridiculous and oftentimes appalling aspects of being human.

""His world is still a sad, miserable, grotesque, hilarious place where the only thing worse than being tortured by your unattainable object of desire is to actually attain it."

Pao & Paws is an award-winning creative agency based in Taipei, Tokyo, New York, and London.