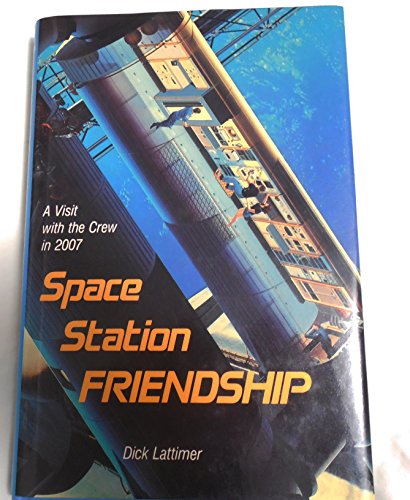 The year is 2007, the fiftieth anniversary of the Space Age. Space shuttle Discovery is about o dock at the first permanent U. S. space station, which author Dick Lattimer called Friendship. In all but name, the space station depicted in these pages is based on NASA plans. To help you project yourself on board, Lattimer has created a fictional crew, including three rookie crew members--doctoral candidates who have been chosen to do special work on their theses. By viewing the space station through their eyes, you'll learn about the important work to be done there. Friendship reflects existing technology and projected plans. As part of his extensive research, Lattimer, along with his son, illustrator Michael Lattimer, had the unique opportunity to spend several different days aboard the space station mockup at Huntsville, Alabama. Inevitably, there will be design modification. But life aboard out first permanent space station will probably resemble life on space station Friendship. In these pages you'll visit the many elements of the space station, including the habitation modules, the animal research facility, and the "industrial park." You'll learn about the modules of the European Space Agency and of Japan, and about the mobile servicing station, the next-generation Canadarm. As the staff membered discuss their work with the "rookies," you'll find the answers to their questions like these: -How will they handle emergencies? -How will they get supplies? -What kinds of R7D work will they do? -How will they use the Hubble Telescope? How will they cope with isolation and confinement?

Dick Lattimer is a native of South Bend, Indiana, and is a graduate of Indiana University in Bloomington. Advertising manager for Bear Archery, Kidde, Inc., in Gainesville, Florida, Lattimer is the man responsible for bringing archery to the astronauts. He was instrumental in building the first field range for the astronaut gym at the Manned Spacecraft Center in Houston. Lattimer is a fellow of the British Interplanetary Society. Space Station FRIENSHIP is his second book on spaceflight. His early book All We Did Was Fly to the Moon, was by the astronauts as told by Lattimer. Founder and executive director of the Fred Bear Sports Club, and international association of hunters and fisherman, Lattimer is editor of the Big Sky, a quarterly. He lives with his wife Alice in Gainesville and is the father of three children.