Items related to From a Broken Bottle Traces of Perfume Still Emanate:... 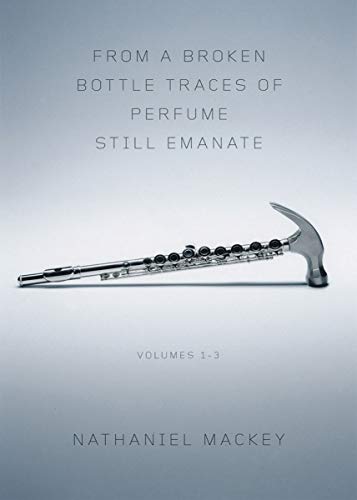 In Nathaniel Mackey's world, everything from a guitar strum to a needle scratch becomes an open-ended exegesis of musical meaning that is equal parts African American history, Bedouin mysticism, and Mackey's own imagination. Though this world resembles the everyday world most of us live in, the normal constraints don't hold Mackey or his characters down.... You aren't likely to forget it.--Travis Nichols

Mackey's characters are musicians for whom there is no outside of music, for whom improvisation and performance are ways of being, forms of consciousness, and tools of Africa-and-beyond cultural survival.--Josh Kun

Nathaniel Mackey (b. 1942), is the author of books of poetry, fiction, and criticism, editor of the Literary Jounal Hambone, and radio show host. His collection, Splay Anthem, won the 2006 National Book Award for Poetry. He is also on the Board of Chancellors of the Academy of American Poets, and is Professor of Literature at the University of California at Santa Cruz.

2. From a Broken Bottle Traces of Perfume Still Emanate, Volumes 1-3 (Paperback or Softback)

Book Description Paperback. Condition: New. 1st. Paperback. From a Broken Bottle Traces of Perfume Still Emanate: Volumes 1-3 collects the first three installments-Bedouin Hornbook, Djbot Baghostus's Run, and Atet A.D.-of Nathaniel Mackey's genre-d.Shipping may be from multiple locations in the US or from the UK, depending on stock availability. 549 pages. 0.572. Seller Inventory # 9780811218443