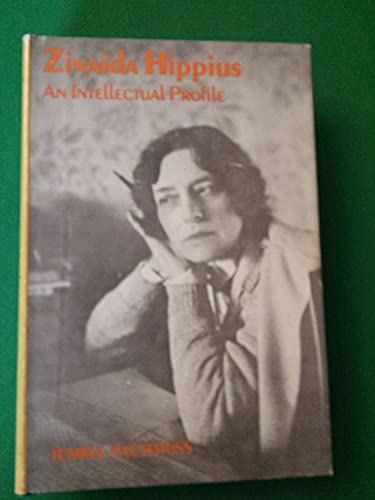 Zinaida Hippius, who died in 1945at the age of 76, was a poet, novelist, and essayist. Her works had a remarkable impact upon the spiritual and cultural life of St. Petersburg and Paris during the first two decades of the twentieth century, the Silver Age of Russian poetry. In Soviet publi­cations today, however, she is called a “Decadent,” a counterrevolutionary, and an enemy of Communist society.

Miss Pachmuss’s brilliantly perceptive and thoroughly scholarly study makes an important contribution to the study of Russian literature and cultural movements. Against the background of late nineteenth-­century literary and intellectual life, Miss Pachmuss explores the cultural ferment out of which Russian Symbolism emerged. It was in this sphere, she shows, that Hippius found personal identity, and of which she became an exponent, exemplifying in her own work that bond between religion, poetry, and mystical sensuality that characterized Russian literature in those years.

Temira Pachmuss is Professor of Russian Literature at the University of Illinois. Her previous books include a study of Dostoevsky.