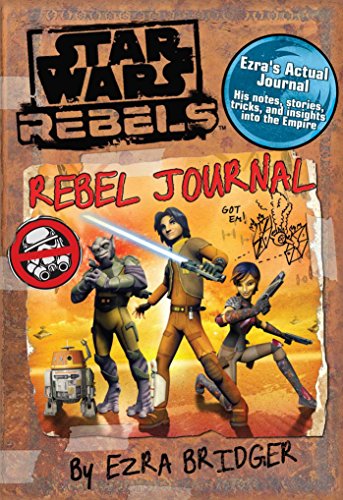 Ezra Bridger is a 14-year-old con artist and small-time thief. He has little trust for anyone, but that changes when he meets the Ghost crew, a small band of rebels fighting back against the Empire. Follow the adventures of Ezra through this replica of his own journal!

Experience the adventures of one of the main characters from Star Wars Rebels through their own writings and sketches. Find out the thoughts and secrets behind the action in episodes from Season One of Star Wars Rebels. Plus there exists an extra section in the back of the journal to record your own secret codes and plans for strengthening the rebellion!

Daniel Wallace is a comic book expert, sci-fi sage, and lifelong geek. Author or co-author of more than two dozen books including The Marvel Encyclopedia, Spider-Man Character Encyclopedia, Iron Man Manual, The World According to Spider-Man, and the New York Times bestselling Star Wars: The New Essential Guide to Characters, his specialty is exploring the underpinnings of popular fictional universes. Dan lives in Minneapolis, Minnesota.