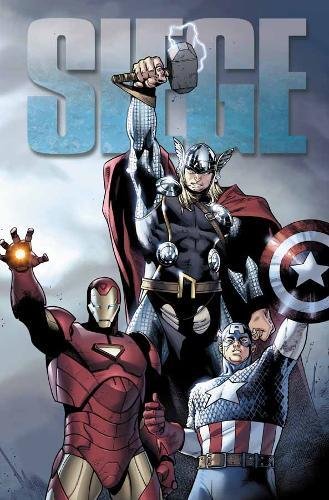 The Marvel Universe's greatest villains make their final move against the hallowed halls of Asgard! It's the last piece in Norman Osborn's insane bid to seize control of the world, but is the siege of Asgard the proverbial bridge too far for the former Green Goblin? And will his machinations with Loki be the thing that loses the war...or wins him the world? Plus: the New Avengers are on the run! Driven underground by the Superhuman Registration Act, the Avengers battle Osborn, and his new crime kingpin the Hood, behind the scenes--taking on a gauntlet of the Hood's lethal