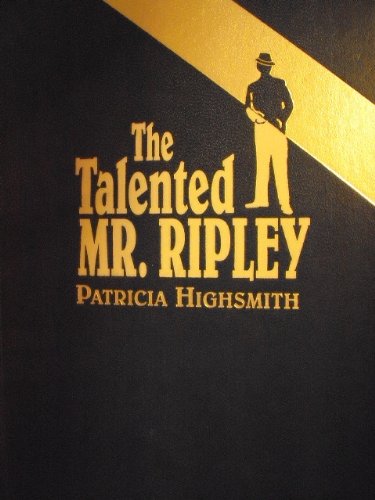 The first stage adaptation of Patricia Highsmith's famous crime novelTom Ripley is a criminal with an ambiguous past. He is sent to Italy by a wealthy financier to try and coax home the rich man's son. In the process Ripley becomes both attracted and seduced, finding the murder the only way to deal with the situation. From that point Ripley tries to cover up his crime. Patricia Highsmith's beguiling tale of morality and amorality is given a dramatic rendering by contemporary dramatist Phyllis Nagy, who knew Highsmith in her later years in Paris."Each play I see by Phyllis Nagy confirms me in the belief that she is the finest playwright to have emerged in the 1990s" (Financial Times)

One of the great crime novels of the 20th century, Patricia Highsmith's The Talented Mr. Ripley is a blend of the narrative subtlety of Henry James and the self-reflexive irony of Vladimir Nabokov. Like the best modernist fiction, Ripley works on two levels. First, it is the story of a young man, Tom Ripley, whose nihilistic tendencies lead him through a deadly passage across Europe. On another level, the novel is a commentary on fiction making and techniques of narrative persuasion. Like Humbert Humbert, Tom Ripley seduces readers to empathise with him even as his actions defy all moral standards.

The novel begins with a play on James's The Ambassadors. Tom Ripley is chosen by the wealthy Herbert Greenleaf to retrieve Greenleaf's son, Dickie, from his overlong sojourn in Italy. Dickie, it seems, is held captive both by the Mediterranean climate and the attractions of his female companion, but Mr. Greenleaf needs him back in New York to help with the family business. With an allowance and a new purpose, Tom leaves behind his dismal city apartment to begin his career as a return escort. But Tom, too, is captivated by Italy. He is also taken with the life and looks of Dickie Greenleaf. He insinuates himself into Dickie's world and soon finds that his passion for a lifestyle of wealth and sophistication transcends all moral compunction. Tom will become Dickie Greenleaf--at all costs.

Unlike many modernist "experiments", The Talented Mr. Ripley is eminently readable and is driven by a gripping chase narrative that chronicles each of Tom's calculated manoeuvres of self-preservation. Highsmith was in peak form with this novel, and her ability to enter the mind of a sociopath and view the world through his disturbingly amoral eyes is a model that has spawned such latter-day serial killers as Hannibal Lechter.-- Patrick O'Kelley

'Nagy's adaptation is dreamlike; scenes blur, and the players in Ripley's psychotic game - all of them, as far as he's concerned, dispensable - loom like grotesque caricatures.' Sam Marlowe, The Times, 22.9.10 'it often feels as if there is a tension in Phyllis Nagy's hugely intelligent adaptation between the mechanics of murder and the metaphysics.' Lyn Gardner, Guardian, 23.9.10 'The play [...] is cunningly planned, with details accruing until we realise taht the whole thing is taking place in Ripley's mind's eye.' Maxie Szalwinska, Sunday Times, 3.10.10

1. The Talented Mr. Ripley (The Best Mysteries of All Time)

2. The Talented Mr. Ripley (The Best Mysteries of All Time)

3. The Talented Mr. Ripley (The Best Mysteries of All Time) [Hardcover] Highsmith, Patricia