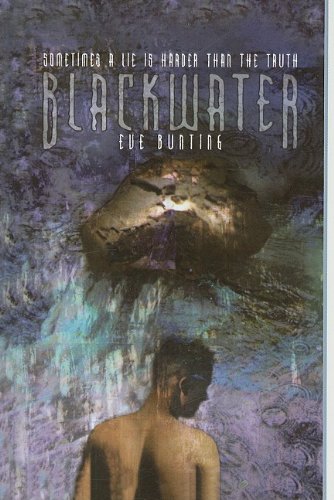 Thirteen-year-old Brodie Lynch was ready for the perfect summer of adventure along the awesome Blackwater River. That was before everything changed forever. When a harmless prank goes too far, the unthinkable happens. Brodie's lies make him a hero, but inside, his guilt tears at him like the treacherous current of the Blackwater itself, which has become a horrifying reminder of his part in the tragedy. In this gripping new coming-of-age novel, a young boy is faced with a choice between right and wrong and ultimately learns that truth can offer hope in even the darkest moments.

"A novel that will long flicker in reader's memories."--Publishers Weekly (starred review)

"Intense and suspenseful...gripping."--The Bulletin of the Center for Children's Books

Eve Bunting was born in Ireland and came to California with her husband and three children. She is one of the most acclaimed and versatile children's book authors, with more than two hundred novels and picture books to her credit. Among her honors are many state awards, the Kerlan Award, the Golden Kite Award, the Regina Medal, the Mystery Writers of America and the Western Writers of America awards, and a PEN International Special Achievement award for her contribution to children's literature. In 2002, Ms. Bunting was chosen to be Irish-American Woman of the Year by the Irish-American Heritage Committee of New York.

Book Description Library Binding. Condition: GOOD. Spine creases, wear to binding and pages from reading. May contain limited notes, underlining or highlighting that does affect the text. Possible ex library copy, will have the markings and stickers associated from the library. Accessories such as CD, codes, toys, may not be included. Seller Inventory # 3485653593