Items related to The Leader 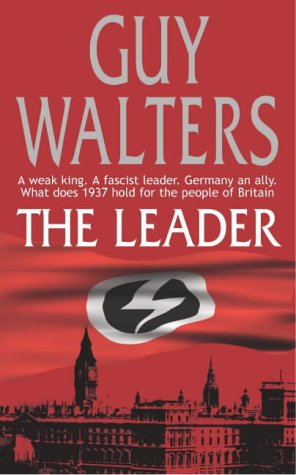 In his chilling new thriller Guy Walters turns his attention to Britain in the late 1930s and early 1940s. Edward VIII has not abdicated but reigns with Queen Wallis. His PM - and the man who really rules Britain - is Oswald Mosley; the two of them are hand in glove with Adolf Hitler. Winston Churchill, along with his supporters, is interned on the Isle of Man. Only one man can save Britain from the hands of the fascists and allow the country to take a stand against the evil that stalks Europe: Armstrong, a hero of the First World War, has escaped from his Manx prison and rowed to the Scottish mainland. His mission now: to draw together the scattered resistance to fascist rule, and destroy the repugnant regime Mosley has built on British soil.

...an engaging piece of what-ifery...a great set-piece climax... -- The Times

A convincing and intelligent thriller...[Armstrong] is a good remake of Richard Hannay. -- The Daily Mail, May 21, 2004

A what-if thriller in Fatherland vein...compulsive reading indeed. -- The Bookseller

Guy Walters has great ideas to work with and lots of historical details to unfold... -- Toronto Globe & Mail, February 7, 2004

There is plenty of historical detail. And intrigue...The Leader is a good read. -- Manx Independent

This has everything you'd want in an historical novel...it's hand stuck to the pages stuff. -- Front Magazine, October 2003

A brilliant thriller in which a traditional British hero is needed to save the UK from fascist rule under Edward VII and Oswald Mosley - tense, powerful and unsettling.