Items related to Anyone Can Do It: My Story

Bannatyne, Duncan Anyone Can Do It: My Story

Anyone Can Do It: My Story 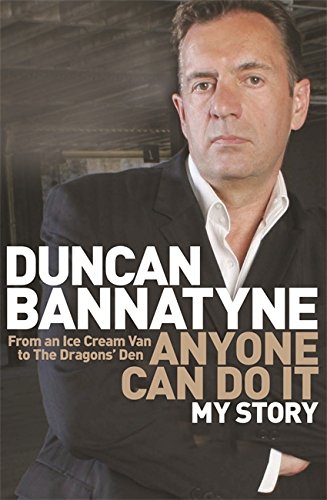 At 30, Duncan Bannatyne had no money and was enjoying life on the beaches of Jersey. He saw a story of someone who had made himself a millionaire, and decided to do the same himself. Five years later he had done it, and now he is worth £168 million.

In this remarkable book, Bannatyne relives his colourful path to riches, explaining how anyone could take the same route as he did - if they really want to. In the book, we see how he started out as an ice cream salesman, and built up that business, before moving on to other areas.

Hugely articulate, and with numerous fascinating and revealing stories to tell, this is an autobiography and a business book unlike any other - but then Bannatyne isn't like any other businessman, either.