Items related to No Angel (Spoils of Time Trilogy)

No Angel (Spoils of Time Trilogy) 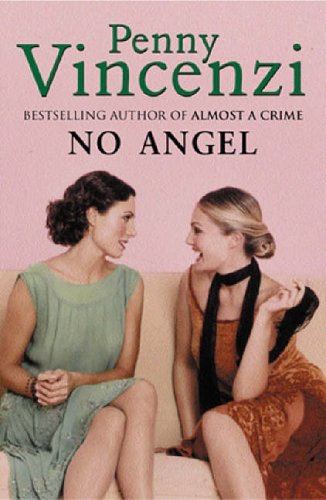 Set against the background of first the belle époque, that Edwardian era of immense luxury and immense social deprivation, moving into the horrors of the First World War and finally the outrageous glamour of the twenties, No Angel is a study in personal power, in family politics and the conflict between right and expediency; it is also a very great love story.
Celia Lytton ¿ strong willed, tough, immensely courageous ¿ moves through life taking difficult and often dangerous decisions, both for herself and for others, with far reaching consequences for all of them.
For Oliver Lytton, her husband, head of the great publishing house of Lytton, into which she moves as his wife at the age of only eighteen; for Sylvia Miller, whose own life of relentless poverty is changed forever by Celia¿s intrusion into it; for Barty, Sylvia¿s youngest daughter, removed from her family to join the Lyttons, to her great benefit ¿ and also her great cost; for LM, Oliver¿s daunting elder sister, a match for Celia in will, but not in emotional experience; for the American branch of the family, living out their own dramas in New York but drawn nonetheless into the Lytton web; and for Sebastian Brooke, author of a legendary children¿s book, whose personal as well as his professional life is taken over by Celia and with whom she makes what is perhaps the most dangerous decision of all. And of course, for Lyttons itself, changed and shaped as it is by Celia¿s leading part in its conduct.
When does the end justify the means? Can wrong ever become right? And is anything entirely black ¿ or indeed white? No Angel asks all these questions ¿ and tries to answer them. It is volume one in a series, The Spoils of Time, which follows the Lyttons through the first fifty years of the twentieth century.

Penny Vincenzi's No Angel is probably her most accomplished novel yet, and draws on many elements of the author's own life in journalism and publishing. Since inaugurating her writing career with Old Sins, Vincenzi has developed into one of the most stylish and compelling writers of blockbusting fiction with such novels as Another Woman, Forbidden Places, and Almost a Crime achieving phenomenal sales and a devoted readership that follows her work very closely.

Set in Lyttons, a great publishing house, this saga takes us into the lives of the family who owns it, and the dramas of crossed loyalties, ambition and deception inform a narrative that carries the reader along with great gusto. Vincenzi's canvas at the start of the book is the Edwardian era known as the Belle Époque, a time in which society contrasted hedonistic luxury and great social deprivation, with the First World War waiting in the wings to sweep so much away.

Celia Lytton is the firm-minded and ambitious wife of Oliver Lytton, the head of the publishing house that bears his name. Sylvia Miller, coming from a background of crushing poverty, is threatened by Celia's intrusion into her life, when Sylvia's youngest daughter is taken from the family to join the Lyttons and move in a different social circle. Sebastian Brooke, the author of a much-acclaimed children's book, finds himself both professionally and personally involved with the ambitious Celia.

This is the first volume in a series, The Spoils of Time, and Vincenzi sets out her stall impressively. We are very quickly involved in the larger-than-life experiences of these powerfully drawn characters, and as well as telling a thoroughly involving tale, the author is able to deal with some serious questions over good and evil. Most of all, it is her charismatic characters (such as the willful Celia) that make a lasting impression on the reader and the author's ability to keep the reader engrossed:

Celia had been right, Oliver was initially resistant to the risks of making love to her; but a mixture of emotional blackmail and a determined onslaught on his senses worked quite quickly. They found a physical delight in each other almost at once; Oliver was not exactly experienced, indeed his own knowledge had been gained at the hands of a couple of chorus girls introduced by his best friend at Oxford, but it was sufficient to guide him through Celia's initiation.

I was hooked right from the first page to the final, fantastic twist (New Woman)

2. No Angel (Spoils of Time Trilogy)