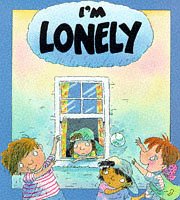 A guide that describes the emotion of loneliness as experienced by young children. Readers will be able to identify with the inventive depictions of what it is like to be lonely and will be inspired by the various solutions on offer.

Brian Moses lives in the village of Etchingham with his wife Anne, a loopy labrador called Honey and a collection of bad-tempered chickens.

He first worked as a teacher but has now been a professional children's poet since 1988. To date he has over 200 books published including volumes of his own poetry such as Holding the Hands of Angels (Salt) and Behind the Staffroom Door (Macmillan), anthologies such as The Secret Lives of Teachers and Aliens Stole My Underpants (both Macmillan), picture books such as Beetle in the Bathroom and Trouble at the Dinosaur Cafe (both Puffin) and non-fiction titles such as Titanic: Lost & Saved (Wayland). Over 1 million copies of Brian's poetry books have now been sold by Macmillan and in 2005 he was nominated for both the CLPE Award and the Spoken Word Award.

Brian also visits schools to run writing workshops and perform his own poetry and percussion shows. To date he has visited well over 2500 schools and libraries throughout the UK. He has made several appearances at the Edinburgh Festival, been writer in residence at Castle Cornet on Guernsey, on the Romney, Hythe and Dymchurch Light Railway and at RAF schools in Cyprus. Recently he has visited several International schools in Germany, Switzerland, Belgium, Italy, Spain, France and Ireland.

He has performed his poetry at Borders on Second Avenue, New York and in September 2006 he was invited to Iceland to take part in 'Kids in the Marsh' - a festival of children's poetry and song. At the request of Prince Charles he spoke at the Prince's Summer School for Teachers in 2007 at Cambridge University. He is one of ten children's poets invited by then Poet Laureate Andrew Motion to feature on the National Poetry Archive.

Book Description Paperback. Condition: Good. The book has been read but remains in clean condition. All pages are intact and the cover is intact. Some minor wear to the spine. Seller Inventory # GOR001411931

Book Description Paperback. Condition: Fair. A readable copy of the book which may include some defects such as highlighting and notes. Cover and pages may be creased and show discolouration. Seller Inventory # GOR001396748

Book Description Wayland, 1997. Paperback. Condition: Used; Good. **Simply Brit** Shipped with Premium postal service within 24 hours from the UK with impressive delivery time. We have dispatched from our book depository; items of good condition to over ten million satisfied customers worldwide. We are committed to providing you with reliable and efficient service at all times. Seller Inventory # 1466130

Book Description Hodder Wayland, 1997. Paperback. Condition: Used; Good. **SHIPPED FROM UK** We believe you will be completely satisfied with our quick and reliable service. All orders are dispatched as swiftly as possible! Buy with confidence! Aloysius Ihezie. Seller Inventory # mon0000104107

Book Description Paperback. Condition: Very Good. The book has been read, but is in excellent condition. Pages are intact and not marred by notes or highlighting. The spine remains undamaged. Seller Inventory # GOR002783356