Items related to The Fu Manchu Omnibus Vol 3: "The Trail of Fu Man... 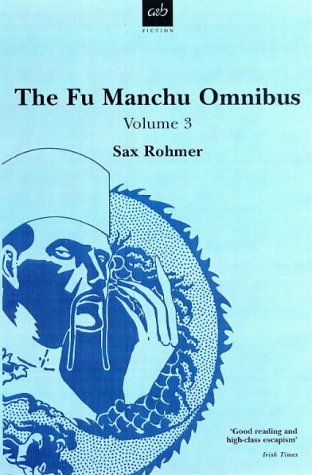 The Trail of Fu Manchu: The great fog of 1935. P.C. Ireland is guarding Professor Ambroso. No one is to enter or leave the house. Heavy breathing, shuffling sounds, a scream .. And Sir Denis Nayland is on the trail of Fu Manchu. President Fu Manchu: America is seeking a new president. An anonymous, shadowy individual who controls inexhaustible supplies of men and capital, is trying to gain control of the country. Federal Agent 56, Denis Nayland Smith, knows who that person is - his old enemy Dr Fu Manchu - and he, for one, is determined that Fu Manchu will not be America's next president. Re-Enter Fu Manchu: The ad. said, 'Go anywhere, do anything'. And Brian Merrick was launched on a mission that was to take him from London to Cairo to New York, involving a strangely nervous Nayland Smith. What Merrick did not know was that he was an important cog in a diabolical plan to rule the world by none other than the evil genius, Fu Manchu.

'The stories are well-plotted, move with speed and purpose and the dialogue is credible and crisply written - good reading and high-class escapism' The Irish Times

Since, 1913, Sax Rohmer's tales of the sinister Dr Fu Manchu and his arch enemy Nayland Smith have entertained readers. This omnibus includes: "The Drums of Fu Manchu"; "Shadow of Fu Manchu"; and "Emperor Fu Manchu".