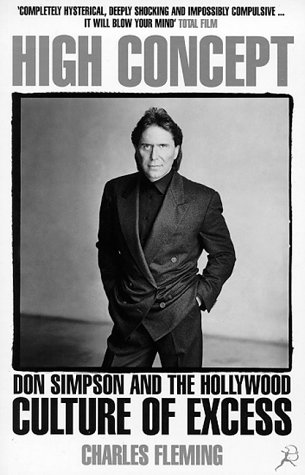 Using the life and career of Don Simpson as a point of departure, "High Concept" takes readers on a riveting journey inside the Hollywood of the 1980s and 90s. For over two decades, Simpson was Hollywood's reigning bad boy, yet through the same period he and his partner, Jerry Bruckheimer were the most successful independent producers in the Hollywood history. The revelations in "High Concept" are astounding! Through intensive research Fleming has created a dramatic tale of the rise of the key players and how the Don Simpson way became the Hollywood way. Through an interwoven narrative of the decadence and greed, hypocrisy and hysteria, profligacy and moral emptiness of the key power brokers, Fleming returns to the core concept of excess and how it continues to drive Hollywood.

1. High Concept: Don Simpson and the Hollywood Culture of Excess

2. High Concept : Don Simpson and the Hollywood Culture of Indulgence

6. High Concept : Don Simpson and the Hollywood Culture of Indulgence