Items related to Withnail and I (Bloomsbury Film Classics)

Withnail and I (Bloomsbury Film Classics) 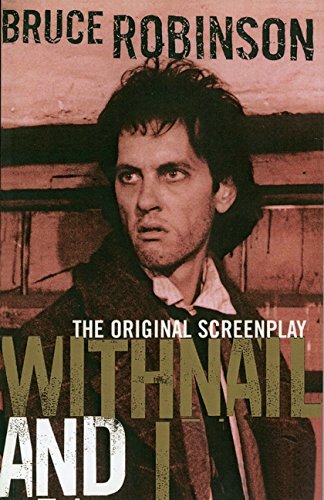 Presents the screenplay of the classic cult film by Bruce Robinson, with an introduction by the director.

Withnail and I is often described as a cult classic but as one of the most sought after videos in the country that notion of cult should not be confused with a lack of popularity. Year after year another set of students gets initiated into the cult of "Withnail" and after a few viewings (because it really is one of those films that viewers keep returning to) find themselves quoting ad nauseam some of the best lines ever delivered in a British film comedy (they are, admittedly, less funny when quoted by an inebriated 20-year old!).

This original screenplay is the sourcebook for these ubiquitous quotes about Withnail and his unnamed house-mate "I" (or "Marwood", as he appears in the script), acting students in the late 60s, bombed from too many drugs and bummed out by too much poverty. They decide that some time in the country to rejuvenate (in the run-down holiday cottage of rich Uncle Monty) is the best remedy. After a drunken ride through interminable rain they get to the cottage--and then the fun really starts! Bruce Robinson has proved in his hugely enjoyable novel The Peculiar Memories of Thomas Penman what a fantastic writer he is and access to the screenplay only confirms that it was the quality of his dialogue that makes "Withnail" such a peerless classic. An essential companion to one of the funniest films ever made. -- Nicola Hollins

Bruce Robinson was nominated for an Academy Award for the screenplay of The Killing Fields. He has written and directed many other films, most famously Withnail and I.

1. Withnail and I (Bloomsbury Film Classics)