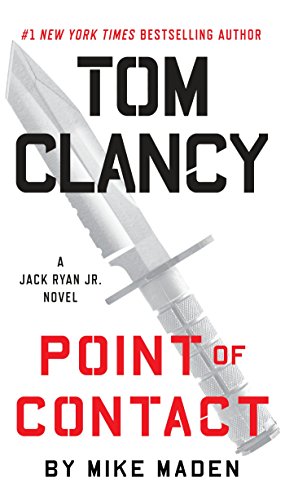 Jack Ryan Jr. finds himself on the front lines of cyber war and in the eye of a killer storm in this thriller in Tom Clancy's #1 New York Times bestselling series.

A former U.S. senator and defense contractor needs someone to look over the books of Dalfan Technologies, a Singapore company--quickly. He turns to Jack Ryan, Jr., and Paul Brown, two employees of one of the best financial analysis firms in the country, which also happens to be the cover for The Campus, a top secret American intelligence agency. Brown has no idea that Jack works for The Campus. Jack has no idea that the awkward accountant has been tasked with uploading a cyberwarfare program into the highly secure Dalfan Technologies mainframe on behalf of the CIA. On the verge of mission success, Brown discovers a game within the game, and the people who now want to kill him are as deadly as the cyclone bearing down on the island nation. Together Ryan and Brown race to escape both the dangerous storm and a team of trained assassins in order to prevent a global catastrophe, even at the cost of their own lives.

"[A] taut, exciting thriller...Clancy fans can rest assured that the state of the franchise is strong."--Publishers Weekly

"[Maden] proves that he knows the ins-and-outs of an action story and can certainly take readers to the edge of their seats when it comes to thrills. It's nice to know that Tom Clancy's creation will have more adventures ahead."--Suspense Magazine "Sure to satisfy the legend's longtime fans."--Ft. Worth Star-Telegram

"Continue[s] the intense, thrilling, and realistic plots that Tom Clancy was known for...riveting and gripping."--Elise Cooper for Military Press, Crimespree Magazine, and Blackfive.net About the Author:

A little more than thirty years ago Tom Clancy was a Maryland insurance broker with a passion for naval history. Years before, he had been an English major at Baltimore's Loyola College and had always dreamed of writing a novel. His first effort, The Hunt for Red October--the first of the phenomenally successful Jack Ryan novels--sold briskly as a result of rave reviews, then catapulted onto the New York Times bestseller list after President Reagan pronounced it "the perfect yarn." From that day forward, Clancy established himself as an undisputed master at blending exceptional realism and authenticity, intricate plotting, and razor-sharp suspense. He passed away in October 2013.

Mike Maden is the author of the critically acclaimed Drone series. He holds both a master's and Ph.D. in political science from the University of California at Davis, specializing in international relations and comparative politics. He has lectured and consulted on the topics of war and the Middle East, among others. Maden has served as a political consultant and campaign manager in state and national elections, and hosted his own local weekly radio show for a year.