Items related to Invisible Writing and the Victorian Novel: Readings...

Invisible Writing and the Victorian Novel: Readings in Language and Ideology

Invisible Writing and the Victorian Novel: Readings in Language and Ideology 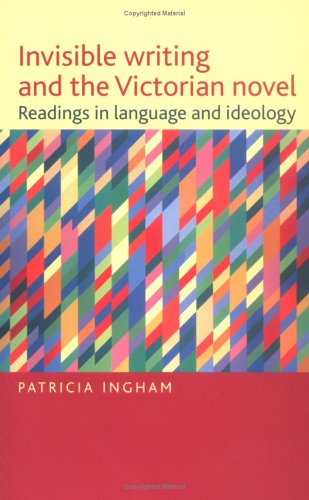 This study shows how the most powerful aspects of language in literary texts are those that the reader does not see. It makes these hidden features visible by close reading of six well-known Victorian novels including "Bleak House" and "Tess of the D'Urbervilles". To make some technicalities of language such as tense and negation accessible, their potential is initially illustrated from short texts such as modern poems. The readings of the novels provide tools to illustrate how texts encode assumptions and social meaning. This has until now only been done for short pieces of writing. Invisible writing and the Victorian novel practices what many varieties of literary criticism only preach: that close study of language opens up texts and their ideologies. It also offers a more detailed basis for the theorizing of the relationship between language and ideology.m

INVISIBLE WRITING AND THE VICTOR