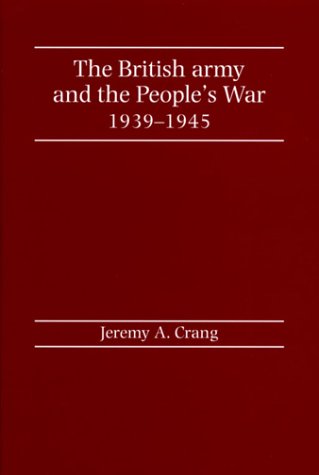 During World War II the British Army absorbed approximately three million new recruits, the majority of whom were conscripts. Drawn from all occupational groups and social classes, the military authorities were confronted with the task of moulding these civilians in uniform into an effective fighting force. This volume analyzes the impact of this process of integration on the army as a social institution. Exploring such aspects of the army's social organization as other rank selection, officer selection, officer promotion, officer-man relations, the soldier's working life, army welfare and army education, it assesses the ways in which the army changed in relation to its new intake, what the extent of any change that took place actually was, and how different the army of 1945 was from that of 1939.

This study is informative, insightful, and useful. "Journal of Military History"

Jeremy A. Crang is Lecturer in History and Assistant Director of the Center for Second World War Studies at the University of Edinburgh.