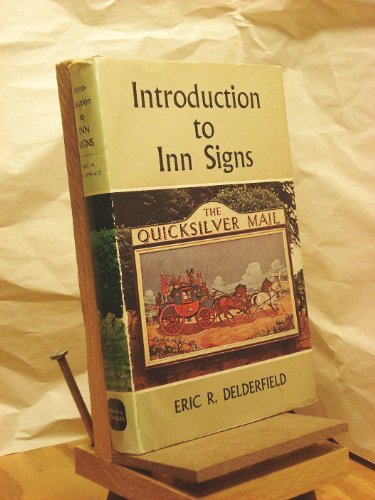 Buy Used
Condition: Good
DJ may have small chips and tears... Learn more about this copy

Book Description David and Charles, 1969. Hardcover. Condition: Good. DJ may have small chips and tears. Book will have been read but remains clean. Cover may have light wear or slight soiling. Pages may be slightly tanned. May contain inscriptions but text pages will be free from markings. Seller Inventory # 9999-9995125153

Book Description David & Charles, Newton Abbot, Devon, UK, 1969. Hard Cover. Condition: Very Good. Dust Jacket Condition: Good. First Edition. Dust jacket rubbed area to upper cover, unclipped in clear protective sleeve. Red cloth with bright gilt titling on spine. No ownershi marks. A few tiny marks on end papers. Colour frontis plate. Plates. 176 pages clean and tight. Did you know that the 'Bag o' Nails' is a corruption of 'Bacchanalia', that 'Swan with Two Necks' is a mis-spelling of 'Nicks', and that 'Bull and Mouth' was originally 'Boulogne Mouth', commemorating Henry VIII's capture of that city? Or that there are now English inns bearing the names 'Sir Winston Churchill', 'Sir Francis Chichester', 'Gipsy Moth IV', 'Dock Green' and 'Man in Space'? Over 1,400 individual inns, as well as the most popular inn names-there are more than 500 'Bells' alone-are mentioned in this fascinating account of the evolution of British inn signs, which explains the sources from which they derive and the meaning of such unusual names as the 'Case is Altered', 'The Five Alls' and the 'Shoulder of Mutton and Cucumbers.' Few aspects of English life over the centuries go unrepresented in the pictorial pageant of British inn signs and here they are to be found in all their intriguing variety, from reminders of the Roman occupation and early pilgrimages to signs commemorating kings and queens, national heroes, historic events, old crafts and trades, famous sportsmen and even characters in fiction Size: 8vo. Seller Inventory # 144189