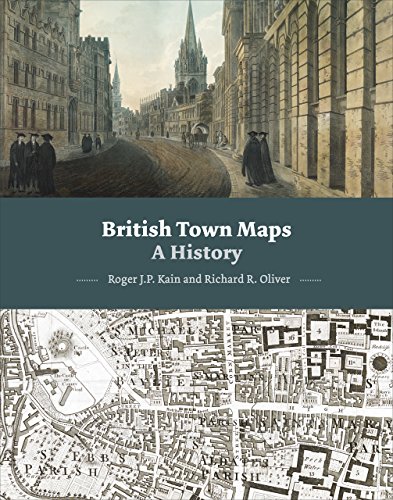 Towns are complex and sophisticated creations. Mapping towns stretched cartographers' ingenuity to new heights of both artistic beauty and scientific exactitude as they strove to represent and communicate the physical patterns of streets, buildings and spaces; the 'above ground' and the 'below ground'; the built structures and the economy; the lives of those who live or work there; and the unseen realities of land ownership, administration, religion and politics.These maps served a variety of purposes, from guiding travellers, assisting with administration and government, raising taxes, planning the built environment, organising its defence - and much, much more. Some of the maps in this book are well known, others have languished in obscurity, deep in archives, until revealed by the ten years' work of a British Academy research project on which this book is founded. Lavishly illustrated in colour, it tells the story of the mapping of urban Britain from the late middle ages until modern times. The text is accompanied by a comprehensive index of town maps which have been catalogued on an open-access electronic resource.

Roger Kain and Richard Oliver can be congratulated on this long-awaited and very welcome publication of a majestic and comprehensive survey of British town maps... [This book] is a beautifully produced and presented account of the genre... I would commend it to all serious map collectors and students. --International Map Collectors' Society Journal

Professor Roger J.P. Kain is Dean and Chief Executive of the School of Advanced Study, University of London and a Vice-President of the British Academy. He is a leading cartographic historian and author of 12 other books on British maps, three of them co-authored with Dr Richard Oliver. His previous British Library publication is English Maps: A History (1999). Dr Richard Oliver is Honorary Research Fellow at the University of Exeter and is author of seven books on Ordnance Survey history.

Book Description Paperback. Condition: Very Good. The book has been read, but is in excellent condition. Pages are intact and not marred by notes or highlighting. The spine remains undamaged. Seller Inventory # GOR007142388

Book Description Condition: Acceptable. May have some shelf-wear due to normal use. Seller Inventory # 0KVKX60026RT