Items related to The Sanctuary Seeker (A Crowner John Mystery) 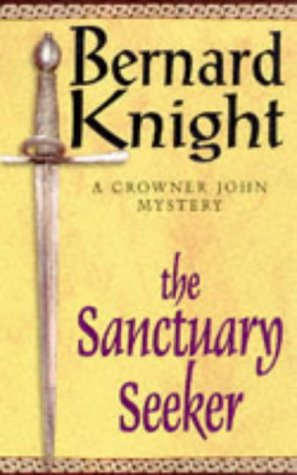 A historical "whodunnit", set in 12th-century Devon. When an unidentified body is found in the village of Widecombe, Crowner (coroner) John is eager to assume his new duties. However, the corrupt sheriff, Richard de Revelle, erects numerous stumbling blocks to the investigation.

A medieval thriller with authentic forensic atmosphere
A detective story with a medieval setting, written by a forensic pathologist; the historical basis is very authentic and most of the characters actually existed in fact.

Professor Bernard Knight, CBE, became a Home Office Pathologist in 1965 and was appointed Professor of Forensic Pathology, University of Wales College of Medicine, in 1980. During his 40-year career with the Home Office, he performed over 25,000 autopsies, and was involved in many high profile cases, including that of Fred and Rose West, and the child killer, Mary Bell. The author of numerous popular and academic non-fiction books, he has written thirteen novels in the Crowner John mystery series. Professor Knight lives in Cardiff.